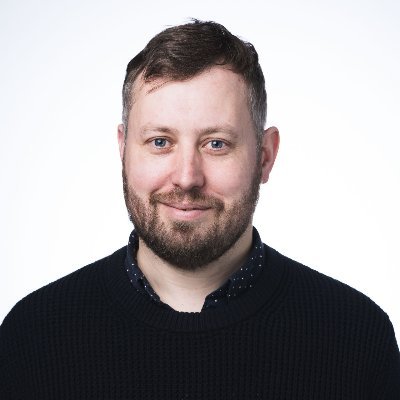 An Interview with Dr Morgan Phillips

This week, we interviewed Dr. Morgan Phillips, co-director of the Glacier Trust, an NGO that enables climate change adaptation in Nepal. Morgan is author of the upcoming book Great Adaptations.

Thinking back on his life journey, Morgan feels blessed for a comprehensive education surrounded by nature during childhood, connecting him to environmental issues from an early age. Being born in one of the poorest parts in the UK, he also became aware of social justice issues quite early on. Adding to that, his PhD in Environmental Education had a transformative effect on him, leading him to charity work.  He joined The Glacier Trust five years ago, which allowed him to work directly in places where people are being affected by climate change. This also led him to realize how little he knew about climate adaptation before joining The Glacier Trust and how little it’s talked about even in the environmental sector.

Climate change adaptation is about making adaptations to changes that the climate crisis is bringing into our lives. We may not even notice certain adaptations as they happen (such as changing our summer leisure habits in increasingly hot summers), while others may be quite conscious. Climate adaptation is already happening, and there will be more demand for it with increasing climate change. It can take a lot of different forms: it can be quite inspiring or not very well thought out (mal-adaptation); it can be done in green ways, non-green ways, socially just ways and socially unjust ways. The more mindful we are about adaptation, the more potential to adapt in positive and effective ways. Morgan hopes that ‘Great Adaptations’ can be a way into the topic for people who haven’t really engaged with adaptation before; he wants to bring them into the conversation and encourage them to advocate for more and better adaptation.

During his journey, Morgan has come across plenty of examples – good, bad and quirky. Some not-so-great examples are taking place in the Alps, where lack of snow is already being felt at popular ski resorts. In some locations in the lower slopes, helicopters are being commissioned to collect snow from locations higher up and release it in the places where it is lacking. Fake snow machines are another adaptation that ends up consuming great amounts of fossil fuels and contributing even more to the origin of the problem. These types of adaptation also deepen the problem by creating a fake notion that there is no change taking place. Since the adaptation is not witnessed by the public, it can create the illusion that climate change is not happening, as everything appears the stay the same during our sky holidays over the years.

To Morgan, the better, more positive examples include adaptation in broader strategies to transform the economic and social conditions which are creating climate change in the first place, such as economic and racial inequality. An example of this is happening in Rojava, Northern Syria, where people have not only adapted in terms of home cooling, the types of crops being grown and types of agriculture, but have also integrated these changes with feminist and ecological principles, equality, decentralized decision-making and generally striving towards living in harmony with the environment. Another very inspiring example is the agroforestry approach he encountered first-hand in Solukhumbu, Nepal during his work with The Glacier Trust. There, people are experimenting with different crops at different altitudes, using layer farming systems and intercropping (which have great benefits for the crops themselves), while also addressing gender and health issues. In the end, the best adaptations are the ones that work with nature and not as a way of masking the problem.

Morgan wishes to talk about adaptation in all of its different forms, and this includes addressing the most drastic ones, so in this book he chose not to leave Deep Adaptation as the elephant in the room. Some may see it as a doomist perspective leading to giving up altogether, but he thinks there are helpful inquiries within it that force us to ask questions about the way that we are living and the values behind this way of life. He also resonates with the perspective of Transformative Adaptation (‘TrAd’), which takes adaptation as a given, and treats it as a possibility for engaging in it in a transformative way. Looking at the different scenarios being brought to the table, there’s talk about a catastrophic fall of civilization, but there is also talk about civilization as it is being dismantled in a fashion that gives way for something new. The fact is that western civilization is quite comfortable for some, but they are a minority, and we have seen the failure of neo-liberal capitalism in recent years. This could be an opportunity to bring about something new. We could have a massive shift and a new civilization altogether, or we could move towards having several smaller localized successes. The book wants to be provocative and lead us to ask the deeper questions that will cause us to address root causes of climate change while adapting to it.

Despite the need for different types of adaptation in different parts of the world, there are ways in which we can contribute:

As a final message, Morgan hopes for this year’s COP to hold the conversation about adaptation higher in the agenda, and looking at “mitigation and adaptation as two sides of the same coin”. We need to hold businesses accountable, and to generate more scrutiny around appropriate and socially just and ecological ways of climate adaptation. Full interview available here: https://www.youtube.com/watch?v=Cl9Cch56_tA